Introducing the next major release of Files - v2.3 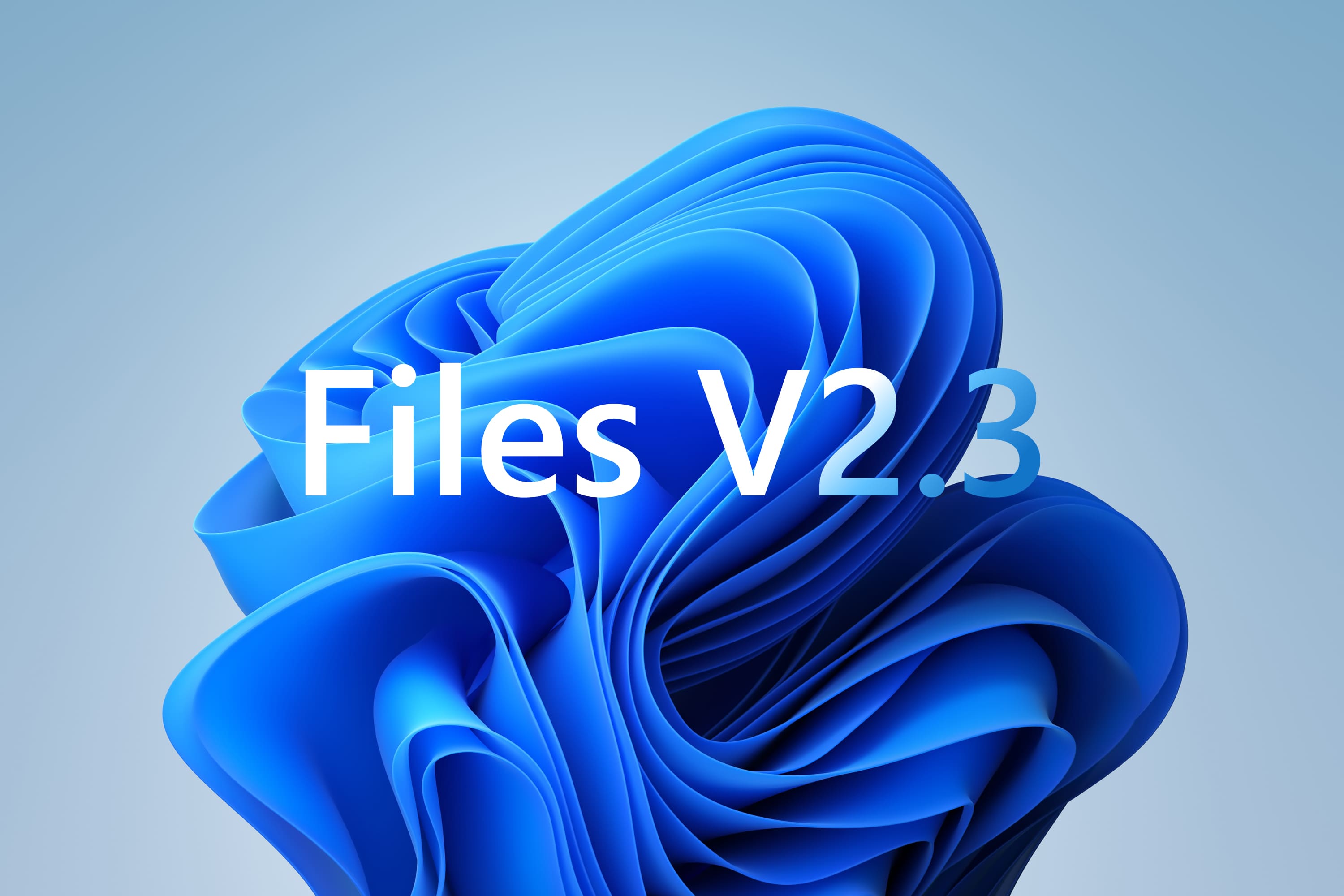 The astounding growth of the project over the last three years serves to motivate our journey to build the best file manager, alongside the community. More than ever, Files plays an important role in demonstrating how impactful the latest user experience improvements in WinUI can be. A notable experience we can reflect on was fixing an issue with screen reader accessibility reported by a blind user. More recently, we were delighted to hear from a seventy-seven-year-old “non-geek” who was impressed that we made file discovery “much easier” compared to the first party solution. Both of these stories highlight the inadvertent achievements that come from engaging the broader community.

Today we’re excited to not only introduce the next major release of Files, but also a series of future changes to sustain contributor momentum into 2023.

As part of our mission to create a stable and fully-featured file manager, we added a compact spacing feature, bulk actions experience in the conflicts dialog, and a double click gesture to navigate up one directory. Additionally, we focused on improving the behavior of existing features with the understanding that they’re most useful when they perform as expected.

The tab control was redesigned to connect with the tab content.

We added an option to display tags on the sidebar

Added support for applying bulk actions in the conflicts dialog

The next generation of Files

This milestone marks the beginning of a reinvigorated effort to modernize and improve the architecture of the Files codebase. A well-architected, testable codebase will not only attract new contributors, but enables us to offer platform specific benefits in the long run. Furthermore, we will be able to iterate faster, accelerating our transition to the Windows App SDK. Switching will remove longstanding limitations in the present app model and will enable us to deliver improvements in net performance and reliability.

We hope to share more about this effort in the coming months.

We view these steps as critical to continuing the great work on Files. The best way for you to support current and future efforts is to sponsor us on GitHub.

Giving back to the community

The Files contributors are pleased to announce that the main application repository has been relicensed under the MIT license. This means that other projects can now take advantage of our innovation even if they happen to be closed source.

Files thrives off community feedback because it helps shape the features worked on and makes the app better for everyone. We invite you to submit your feedback through our GitHub repository.

Download from the Microsoft Store || See Files on GitHub